We are excited to see the ambulance US Boats to Gaza purchased with other Freedom Flotilla Coalition members and coordinated by member Kia Ora Gaza from New Zealand!  Thank you to Miles of Smiles whose people were responsible for making this extremely complex process of getting vans converted into ambulances and transported to and allowed into Gaza.  And thank you to all who donated to US Boats to Gaza to make this dream become a reality!

More information in The Palestine Chronicle.

Congratulations to Miles of Smiles and MEDICs Worldwide on such a monumental task of outfitting 37 ambulances and getting them across the Sinai, through the Rafah border crossing…and finally into Gaza!!!

We are so glad our US Boats to Gaza and other FFC national campaigns were a part of this!!

Thank you to all who contributed to this important effort!

With the recent uproar over the US Border Patrol treatment of Haitian refugees on the US-Mexico border, US Boats to Gaza deemed it appropriate to highlight how much worse the treatment is on the separation fence between Israel and Gaza.  As Americans who support the Israeli military with over $3.8 billion per year, we are unfortunately complicit in not only the abuse but also the murder of innocent civilians.  We decided to create a short video clip with a lot of help from our Canadian Freedom Flotilla Coalition partner to help Americans understand what we are supporting and protecting.  Here is the video clip:

Israeli Defense Ministry’s military order issued October 19th designates six Palestinian civil society organizations as “terrorist” groups,” effectively outlawing their work.  The organizations are…
These are groups that have been working for decades to protect and advance Palestinian rights for children, women, prisoners, farmers and more. They are groups that many of us and our friends have worked with through the years. Al Haq, for example, has an internship program named for Rachel Corrie, and our friends Cindy and Craig Corrie have visited their office in Ramallah when they launched this.
Twenty-three Israeli human and legal rights organizations have called the Israeli government action a “Draconian measure against human rights.” Human Rights Watch and Amnesty International have called this an “appalling and unjust decision” and “an attack by the Israeli government on the international human rights movement.” They further say that how we, as part of the international community, respond will be a true test of our resolve to protect human rights defenders.
It’s critical that we act now! Representative Betty McCollum (MN) introduced a House Resolution condemning the Israeli government action, and calling for a response from the State Department.  The original House cosponsors are Rep. Rashida Tlaib (MI-13), Rep. Alexandria Ocasio-Cortez (NY-14), Rep. Raúl Grijalva (AZ-03), Rep. Andre Carson (IN-03), Rep. Ilhan Omar (MN-05), Rep. Marie Newman (IL-03), Rep. Ayanna Pressley (MA-07), Rep. Cori Bush (MO-01), and Rep. Chuy Garcia (IL-04).
It’s critical that many of us contact our representatives in the U.S. House and ask (demand) that they sign on to this resolution.  We recommend that you call your House member’s DC or district office and/or email to them through their websites.  Alternatively, you may respond in a message through JVP-Action.
The information you may want and need about Rep. McCollum’s resolution and about the organizations targeted by Israel can be found in this press release from Rep. McCollum’s office and in the newly introduced resolution itself.  Also, read Rep. McCollum’s statement  issued when the resolution was introduced today.
While there’s no similar measure in the U.S. Senate, there’s still a need for our Washington Senators to hear from us on this matter.  So please find the time to call and/or email their offices, too, telling them that they must reject Israel’s criminalization of Palestinian civil society organizations as “terrorists” and must pressure Israel to revoke the designation.
Please let WAPR know if you have questions: Email: WAPalestinianRights@gmail.com
It’s also heartening and helpful if you shoot them an email to let them know you’ve taken action and about any response you receive.
Thank you!

in Egypt to travel together soon as an international solidarity convoy to boost Gaza’s severely crippled health services devastated by Israel’s repeated bombardments and 14 year siege.

This $2 million humanitarian aid mission, the 39th convoy organized by Miles of Smiles, is supported by organizations from 15 countries, including the Freedom Flotilla Coalition and US Boats to Gaza. The first stage,

comprising a fleet of large trucks packed with urgently needed medical supplies and equipment, is on its way to Gaza. The 25 ambulances are due to follow starting in late July.

The convoy organizers thank supporters around the world, including FFC and US Boats to Gaza who made the ambulance purchase possible.

The ‘Peace Train’ and the ‘Miles of Smiles’ solidarity convoy of 27 new, fully-equipped ambulances arrived in Gaza on November 8th, 2021.  Here is a video compilation of the ambulances arriving at the Egyptian-Gaza border.

20 modern, fully-equipped ambulances are now being prepared in Cairo for the 2021 ‘Miles of Smiles’ international convoy to Gaza. These ambulances will give a huge boost to Gaza’s struggling medical services seriously devastated by Israel’s heavy bombing raids last month.

US Boats to Gaza is raising funds towards sponsoring one of these ambulances, which costs $45,000 fully-fitted.

How to donate:   PLEASE CLICK HERE TO DONATE NOW 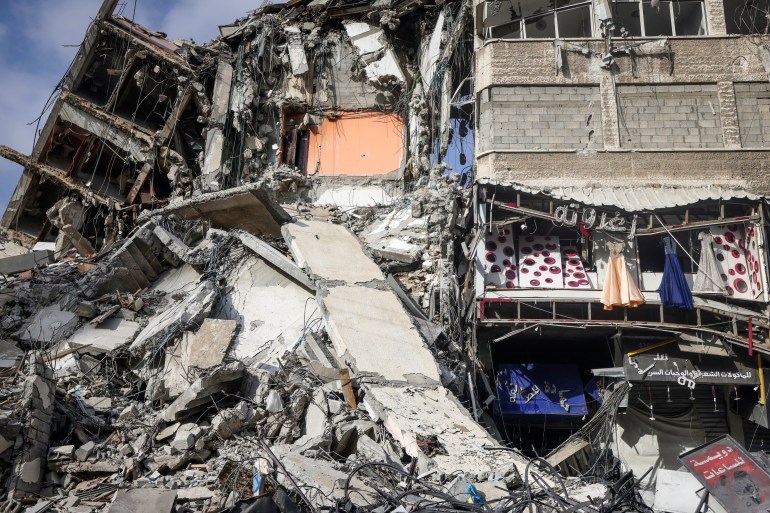 Michael Che said “Israel is reporting that they have vaccinated half of their population, and I’m gonna guess it’s the Jewish half” on the “Weekend Update” segment of February 20, 2021 Saturday Night Live.

What often makes the “Weekend Update” segment funny, is how Michael Che and Colin Jost share an element of truth about what is happening in the news.

Numerous organizations and individuals have accused Che’s statement as being anti-Semitic including the ADL’s CEO Jonathan A. Greenblatt: “Saturday’s deeply offensive joke about Israel’s COVID-19 vaccination process not only missed the mark, but crossed the line — basing the premise of the joke on factual inaccuracies and playing into an antisemitic trope in the process.”1

The problem is that Che is telling the truth. Half of the people under Israeli control are not Jewish. Most of them are even denied citizenship. 70 percent of the people in Gaza are refugees; their homes are in Israel yet they are denied their Right of Return, a right that all people have according to the Universal Declaration of Human Rights and the Fourth Geneva Convention. And, as Che points out, they are not getting the vaccine—Israel has only allowed two thousand vaccines to enter Gaza for a population of two million.

The problem is that the ADL and other Jewish organizations are defending the state of Israel, a state that has numerous UN resolutions condemning it for its human rights violations. These Israel-loyal organizations claim to be offended and concerned about discrimination when they stand by and support a country that defeated a proposed law to treat all its citizens equally, a country that has occupied a population for over fifty years and blockaded a mostly child population (over 50 percent of the population of Gaza are under the age of eighteen) for over a decade.

The ADL and other organizations claim to be against bullying and to be against discrimination but they did not seem to be concerned about the joke that immediately preceded the one about the state of Israel: a joke about the Catholic church changing its policy about wiping ashes from foreheads on Ash Wednesday; Colin Jost said “I think no touching could just be a great new rule in general.”

If anyone is creating ill-will towards Jews, it is not Michael Che, it is those who claim that Israel represents Jewish values.

It’s also interesting to note how Americans are given a much more one-sided view of the response to Michael Che’s comments.  The Insider published multiple versions of an article by Rachel E. Greenspan.  In the Australian version of the Business Insider entitled “Why Michael Che’s ‘SNL’ joke about Israeli vaccinations sparked a debate about anti-Semitism,” the article quotes a tweet from Jewish Voice for Peace saying, “They say there’s a grain of truth to every joke, but this SNL one has 5 million,” referring to the 5 million Palestinians under Israeli occupation, not counted in Israeli vaccination numbers.  The article mentions a couple of other Jews who stated that the comment was not anti-Semitic.  The American version of the article was entitled “A top Jewish organization slammed Michael Che’s controversial joke about Israeli vaccinations on ‘SNL’ and reached out to Lorne Michaels,” did not include the quote from JVP, and only mentioned one person who disagreed with the anti-Semitism accusation.  This single case was mentioned in the last paragraph of the article.2

Read the opinion piece in Haaretz by Joshua Shanes, Associate Professor of Jewish Studies at the College of Charleston and Director of its Arnold Center for Israel Studies. It is entitled: “No, ‘Saturday Night Live’ Isn’t Inciting the Mass Murder of Jews”

Associate professor Haidar Eid in Gaza commemorates December 27, 2008 when Israel attacked the civilian population it is supposed to defend. During this massacre Israeli forces killed approximately 1400 Palestinians in contrast to 13 Israeli casualties. Dr. Eid reminds people of conscience across the world that we all have to defend human rights because our governments do not. Palestine is the perfect example of this relinquishment of responsibility—refugees have been prevented from returning for over seventy years and the occupation of the West Bank and Gaza continue after more than fifty years. He calls on all to support activism such as BDS and the Freedom Flotilla to bring freedom to Palestinians.

Twenty-four Members of the European Parliament (MEP) signed a petition which called on the Israeli government to lift its siege of Gaza and allow COVID-19 medical supplies in light of the recent spike in the number of COVID-19 cases in the coastal enclave.  Read article: